How to Tell if Your Retirement Nest Egg is Big Enough

How to Tell if Your Retirement Nest Egg Is Big Enough

During past bull markets, many Americans nearing retirement fleetingly acquired a nest egg adequate for later life. Then, as quickly as that nest egg came, it went—leaving behind regret, sleepless nights, and in the worst case, panic selling near the bottom that eliminated any possibility of recovery.

This happened in the late 1990s, as the tech-stock bubble produced a blizzard of paper millionaires that melted away faster than a cherry snow cone in August. It happened in the mid-2000s, as Americans grew ever more comfortable with stock-heavy portfolios and with treating their home equity as an ATM, only to be savaged by the worst financial crisis since the Depression.

And it will happen again. In March, the current bull market will be six years old. It might run an additional six years—or end in April. Regardless, the lesson from financial history is clear:

So, retirement nest-egg-wise, what constitutes “winning”? Simple: You’ve won when you’ve acquired enough assets to provide your basic living expenses for the rest of your life.

Take a few minutes. Add up your basic annual expenses, and make sure to include the taxes you’ll owe on required and voluntary withdrawals from your retirement accounts and on the income and capital gains in your taxable assets. Then subtract your Social Security and, if you’re lucky, pension checks. This leaves you with your residual living expenses, or RLE.

The rub is that your retirement is reasonably assured only if the bulk of those assets is in relatively safe holdings. On three different occasions in the past eight decades, the S&P 500 has experienced five-year drawdowns of 30% to 60%; if you enter retirement at the start of such a bad stretch and stack 5% annual withdrawals on top of those equity losses, your nest egg will evaporate so fast that you’ll have little left by the time the markets finally recover.

If you’re of a certain age and have saved and invested well, it’s possible you’ve just now won the race. As such, this may be a good time to start reducing the risk in your portfolio. 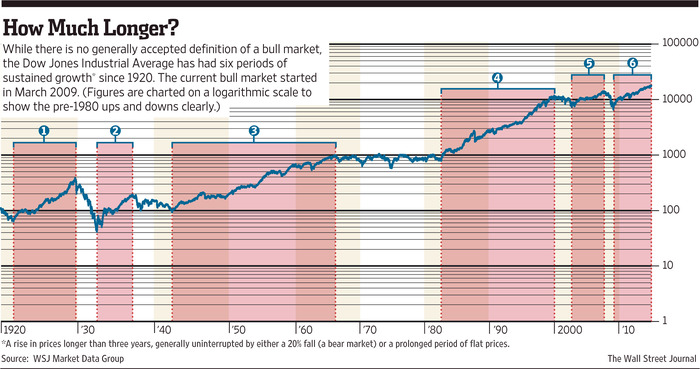 You say you can’t abide the crummy yields in your now larger bond portfolio? Then cheer up: Those paltry coupons are the direct result of accommodative Federal Reserve policy, which has inflated the stocks in your portfolio. In plain English, if you have substantial equity exposure, you have far more assets than you would without Fed intervention, and the pile of fixed-income securities you can now buy with those equities will more than make up for their low yields.

So just how do I know that stocks will decline in the coming years? I don’t. Rather, I bear in mind Blaise Pascal.

The great 17th century philosopher and mathematician posited that belief in God was a paying proposition: If one believed and was wrong, all that was lost was a lifetime of unnecessary piousness and Sunday sermons. Betting against Him and being wrong, on the other hand, produced a different and rather warmer outcome.

In other words, the probability of error matters less than its consequences. Put yet another way, when faced with the imponderable, the wisest course is the one with the most acceptable worst-case scenario. (More recently, Warren Buffett expressed the same idea in describing the 1998 collapse of Long Term Capital Management: “To make money they didn’t need, they risked what they did have and did need.”)

Retirement investing fits this to a T. Let’s say you’ve acquired an adequate retirement nest egg, as defined above, and decide to increase your bond exposure in the belief that stock prices will fall. But…the stock market proves you wrong by powering ahead. Sure, you’ll be sorry you just blew your chance to buy a BMW and fly business class.

But if you bet on rising prices and hold a too-high equity exposure—and straight out of the gate run your barely adequate savings into the buzz saw of retirement withdrawals during a bear market—the outcome will be far, far worse. This is precisely what happened to many new retirees in 2000 and in 2008, and at some point, it will certainly happen again to retirees who should have known better.

George got into trouble with an overly aggressive portfolio because his nest egg was barely adequate to support his retirement—that is, the recommended 20 years of RLE.

If you do decide to reduce your equity exposure, how quickly should you do it? Since no one knows when, or even if, stock valuations will decline, the “correct” answer to this question will only be clear in hindsight; you could do it all at once, or you could do it gradually over the next few years. The key thing, though, is to do it.

Somewhere, high above, Blaise Pascal will smile on you.

AccountingHow to Tell if Your Retirement Nest Egg is Big Enough